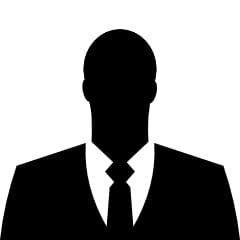 We may have stopped pretending to be Apple but we haven't stopped adding more awesome to our team: Naoko Chamberlain, Clinton Nixon, Russ Olsen and Jenn Hudson.

Naoko's personality drove her to project management/coach calling. She’s a planner and couldn't help that if she tried. She hugely appreciates the details. It comes naturally to observe and attend to her surroundings, and she truly enjoys teamwork whether at work, play, or playing ball. She also loves to organize everything – even her sock drawer is organized by color and type.

When Naoko is not planning to-do's or organizing her sock drawer she expresses her love for wine, conversations, and sports. When all three are in one place she is in an extra good mood (except for when Boilermakers, Yankees, or Colts are losing an important game).

Clinton has spent the last 12 years all over the technology industry, from monitoring network security at Three Letter Agencies to hacking for startups to managing teams of developers. After discovering both Ruby and Durham, NC six years ago, he's been a huge fan of both. He's spent enough time at Relevance game nights and other events that he's felt like part of the family for a long while. He has perfectly normal, non-nerdy hobbies outside of programming, like playing Dungeons & Dragons and playing the ukulele.

Russ Olsen started his career doing that other kind of engineering, the sort that involves electricity, gears and getting dirty. Pretty rapidly the wonder of computer programming lured Russ away, which probably explains why most of his fingers are still intact today.

Since turning to coding, Russ has worked on everything from 3D design and image processing software to database query engines and workflow systems. Russ first discovered Ruby back in 2000 when he went looking for a simple programming language to teach to his son. The seven year old lost interest, but Russ never did and he has been building increasingly sophisticated systems in Ruby ever since.

Russ also spends a fair bit of time promoting Ruby via public speaking and he helped found RubyNation, a regional Ruby conference held each Spring in Northern Virginia. Russ has also written extensively about Ruby in the form of two highly regarded books: The first, Design Patterns in Ruby was published in 2008 and is a complete reworking of the classic Gang of Four patterns for a modern dynamic programming language. Russ's second book Eloquent Ruby is a guide to writing idiomatic Ruby. Eloquent Ruby was an instant hit in the Ruby and Rails community when it was published earlier this year.

Russ also has been secretly enamored with parentheses since a very early age and lately has been dabbling in Clojure.

Jenn has 20 years of accounting and analytical experience in a wide range of industries including software, alternative energy, legal, construction, retail and photofinishing, working with both small business and major corporation settings. She has extensive experience at managing an entire business including preparing strategic plans, implementing new programs and products, marketing and analyzing performance. While away from the office, she enjoys cooking and entertaining, travel to far away places and following her daughter's volleyball team around the country.

I'd also like to wish our alumnus Shay Frendt the best of luck with our friends at Chargify. We love you, we miss you.

We're still looking for more awesome. If you'd like to join this awesome team, introduce yourself.