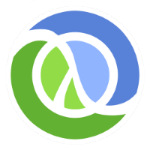 A while back David Nolen had a thoughtful post about using spec as a tool for thought, which included an exploration of creating a spec for clojure.core/let.

The latest Clojure alpha actually includes a spec for let that covers destructuring and I thought it might be interesting to walk through the details of how it is implemented.

I'll pick up approximately where David left off. A typical let looks like this:

We can define an initial spec for clojure.core/let by splitting it into bindings and body:

We then need to more fully define bindings as a vector of individual bindings. Each binding is made of a binding-form and an init-expr that computes the value of the local binding:

The expressions can be anything so we leave those as any?. The binding-form is where things get interesting. Let's first allow for binding-form to be just simple (no namespace) symbols. That's enough to create something to work with.

Now that we have a full spec, we can actually try a few things. Let's try an example of conforming our bindings.

Looks good! We get back a vector of binding maps broken into the binding and the initial expression.

Sequential destructuring binds a series of symbols to the corresponding elements in the bound value. Optionally, the symbols may be followed by a variadic argument (using &) and/or an alias for the overall sequence (using :as).

To describe a sequential spec we use the spec regex operators:

Let's try it out:

Hang on a sec, what happened in the last example? The elems snagged & r as well because & is a symbol. We need to redefine our notion of what a binding symbol is to exclude the symbol &, which is special in the language of destructuring:

That's better. But it turns out I've not really been spec'ing the full truth of sequential destructuring. Each of the ::elems can itself be sequentially destructured, and even the rest arg can be destructured.

We need to back up to the beginning and reconsider the definition of ::binding-form to add the possibility of either a ::local-name (our improved simple symbol) or a sequential destructuring form. (We'll add map later.)

Now ::binding-form is a recursive specification. Binding-forms are either symbols or sequential forms, which may themselves contain binding-forms. The registry provides naming indirection which makes this possible.

Let's try our prior example again and see things have changed.

Our conformed result is a bit more verbose as it now indicates for each binding form what kind of binding it is. While this is more verbose to read, it's also easier to process. Here's how a recursive binding form example looks:

Finally we are ready to look at map destructuring.

Map destructuring has a number of entry forms that can be used interchangeably:

There is a lot of functionality packed into map binding forms and in fact there are really three different map specs combined into this single map. We call this a "hybrid" map spec.

The second part describes the basic binding form specs (examples like {n :name} ), although the left hand side here can further destructure.

And finally we need to handle the new functionality for namespaced key or symbol sets (like :<ns>/keys or :<ns>/syms) which we'll describe here as a map entry tuple:

Then we can put all of these together into the ::map-binding-form by combining them as an s/merge or the well-known attributes and a description of the possible tuple forms:

And finally we need to go back and define our parent spec to include map bindings:

And that's it! Here's an example binding form that shows several features of destructuring:

Now that we have a spec for destructuring, we can reuse it anywhere destructuring is allowed - in fn, defn, for, etc. We could even leverage it to implement destructuring itself. Rather than recursively parsing the binding form, we could simply conform it to receive a more regular structure described in terms of the parts we've defined in the spec.