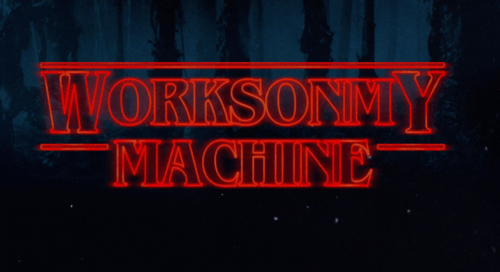 How can we can make code smarter? One of the ways is to be more resilient to errors. Wouldn't it be great if a program could recover from an error and heal itself? This code would be able to rise above the mistakes of its humble programmer and make itself better.

The prospect of self-healing code has been heavily researched and long sought after. In this post, we will take a look at some of the key ingredients from research papers. Then, drawing inspiration for one of them, attempt an experiment in Clojure using clojure.spec.

The paper Towards Design for Self-healing outlines a few main ingredients that we will need.

With our general requirements in hand, let's turn to another paper for some inspiration for a process to actually achieve our self healing goal.

MIT developed a system called CodePhage which is a system inspired from the biological world with horizontal gene transfer of genetic material between different organisms. In it they use a "horizontal code transfer system" that fixes software errors by transferring correct code from a set of donor applications.

This is super cool. Could we do something like this in Clojure?

Clojure itself has the fundamental ability with macros to let the code modify itself. The programs can make programs! That is a key building block but clojure.spec is something new and has many other advantages that we can use.

With the help of clojure.spec, we have all that we need to design and implement a self-healing code experiment.

We'll start with a simple problem.

Imagine a programmer has to write a small report program. It will be a function called report that is made up of three helper functions. It takes in a list of earnings and outputs a string summary of the average.

The problem is that our programmer has made an error in the calc-average function. A divide by zero error will be triggered on a specific input.

Our goal will be to use clojure.spec to find a matching replacement function from a set of donor candidates. Then replace the bad calc-average function with a better one, and heal the report function for future calls. Let's start with the report code. Throughout the code examples I will be using clojure.spec to describe the function and its data. If you haven't yet looked at it, I encourage you to check out the spec Guide.

The first helper function is called clean-bad-data. It takes in a vector of anything and filters out only those elements that are numbers.

Let's create a couple of specs to help us describe it. The first, earnings will be a vector, (for the params) with another vector of anything.

The next spec for the output of the function we will call cleaned-earnings. It is going to have a custom generator for the purposes of this experiment, which will constrain the generator to just returning the value [[1 2 3 4 5]] as its example data[^1].

An example of running the function is:

If we call spec's exercise on it, it will return the custom sample data from the generator.

We will do the same for the calc-average function, which has the flaw vital to our experiment - if we pass it an empty vector for the earnings, the count will be zero and result in a run time divide by zero error.

Finally, we will create the rest of the display-report function and finish specing the function for report.

And the fatal flaw:

Now we have our problem setup. We need to have our donor candidates.

We are going to have a separate namespace with them. They will be a number of them, all function speced out. Some of them will not be a match for our spec at all. Those bad ones include:

There is a matching function called better-calc-average that matches the spec of our calc-average function and has the additional check for divide by zero.

This is the one that we will want to use to replace our broken one.

We have the problem. We have the donor candidates. All we need is the self-healing code to detect the problem, select and validate the right replacement function, and replace it.

The Self Healing Process

What are we waiting for? Let's try it out.

First we call the report function with a non-empty vector.

Since the function is now healed we can call it again and it won't have the same issue.

Taking a step back, let's a take a look at the bigger picture.

The self healing experiment we did was intentionally very simple. We didn't include any validation on the :fn component of the spec, which gives us yet another extra layer of compatibility checking. We also only checked one seed value from the spec's exercise generator. If we wanted to, we could have checked 10 or 100 values to ensure the replacement function's compatibility. Finally, (as mentioned in the footnote), we neglected to use any of spec's built in testing check functionality, which would have identified the divide by zero error before it happened.

Despite being just being a simple experiment, I think that it proves that clojure.spec adds another dimension to how we can solve problems in self-healing and other AI areas. In fact, I think we have just scratched the surface on all sorts of new and exciting ways of looking at the world.

For further exploration, there is a talk from EuroClojure about this as well as using clojure.spec with Genetic Programming

[^1]: The reason for this is that if the programmer in our made up example didn't have the custom generator and ran spec's check function, it would have reported the divide by zero function and we would have found the problem. Just like in the movies, where if the protagonist had just done x there would be no crisis that would require them to do something heroic.